This graveyard was established in 1856 adjacent to the Balch Cemetery for the African American population following the death of a slave girl killed by a black bear. The girl had come to Alvarado with George Sigler and his family, whose farm was located south of the Balch Community Cemetery.

Among those buried here are victims of an epidemic of smallpox, and other diseases such as diphtheria, whooping cough, and tuberculosis. Casualties included numerous children. The need for burial space became acute by 1911 following these disease-related deaths.

A. J. Senter, local businessman and undertaker, donated additional land to the Alvarado "Colored" Cemetery in 1911. The site was renamed Senterwood Cemetery in his honor. The need for more burial plots in the 1940s was resolved through the purchase of one acre of land by the Baker Funeral Home of Fort Worth.

Interments in this cemetery include many business owners, church leaders, and veterans of World War I, World War II, and the Vietnam War. Cemetery maintenance, previously dependent upon local volunteers, was performed under the direction of the Johnson County Cemetery Association. The Balch-Senterwood Cemetery continues to serve the surrounding communities. (1996) 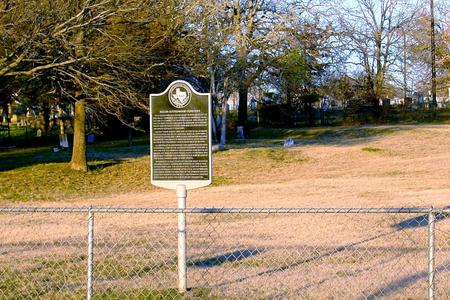