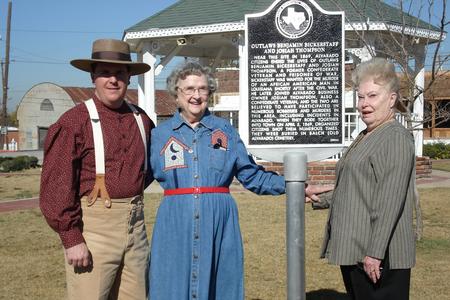 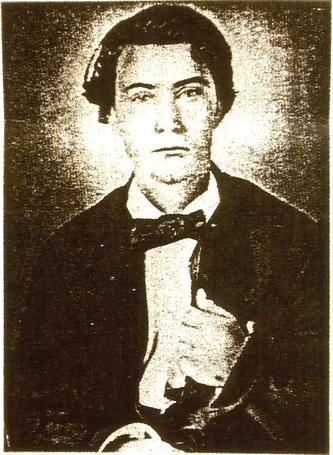 Near this site in 1869, Alvarado citizens ended the lives of outlaws Benjamin Bickerstaff and Josiah Thompson. A former Confederate veteran and prisoner of war, Bickerstaff was wanted for the murder of an African American man in Louisiana shortly after the Civil War. He later joined Alvarado business owner Josiah Thompson, also a Confederate veteran, and the two are believed to have participated in numerous robberies and murders in this area, including incidents in Alvarado. When they rode together into town on April 5, 1869, organized citizens shot them numerous times. They were buried in Balch (Old Alvarado) Cemetery. (2006)