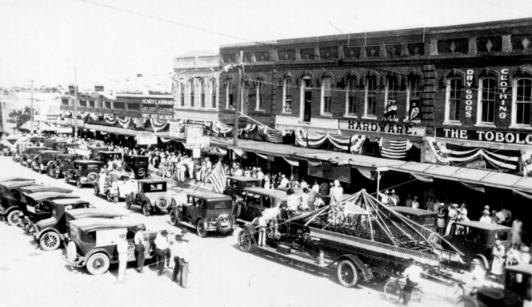 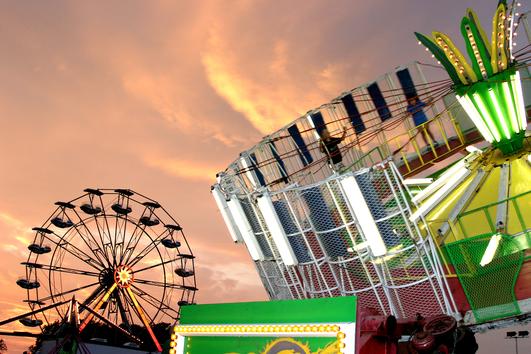 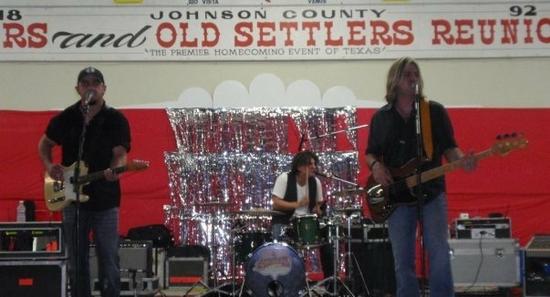 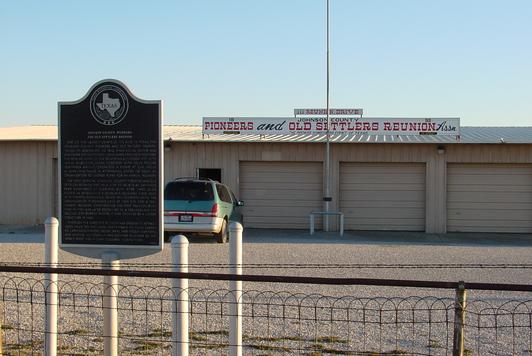 One of the largest events of its kind in Texas, the Johnson County Pioneers and Old Settlers Reunion traces its beginnings to 1892, when local farmer and newspaper correspondent John James (1852-1927) proposed the idea to some of his neighbors. Although met with initial rejection, James, together with some fellow newspaper writers, organized a picnic at Elm Grove in June 1893. Those in attendance voted to form an organization to oversee plans for an annual reunion. The first official Johnson County Pioneers and Old Settlers Reunion was held July 27-28, 1893, at Gathings Park northeast of Cleburne, with more than 2,000 people in attendance. Subsequent reunions were held in Alvarado, Grandview, Venus, and Cleburne, until the organization purchased land at this site for a permanent reunion campground. The first pavilion, built here in 1906, was later destroyed in a tornado, and the second one burned in 1965. It was replaced by a larger structure in 1966. Through the years, the reunion has grown to attract more than ten thousand participants to such events as carnivals; parades; queen, baby, and fiddle contests; and musical concerts. It has evolved into one of the area's most significant cultural institutions.  (1992)