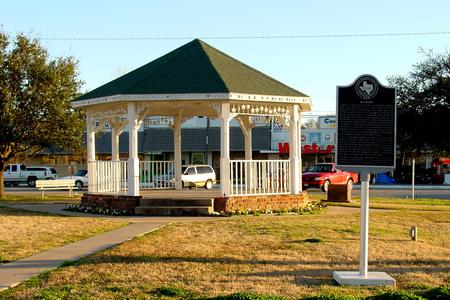 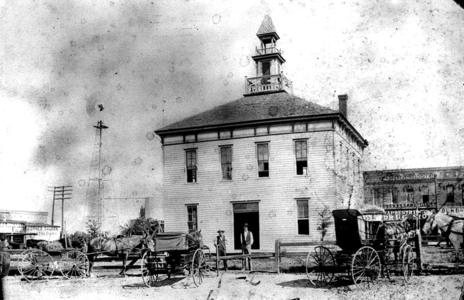 Early settler David Mitchell established a trading post near here in the late 1840s, about the time colonists of W. S. Peters' empresario grant began to settle the area. Colonist William Balch, who settled on an area land grant in 1852, was later to become known as the Father of Alvarado for his efforts in having the townsite surveyed in 1854, establishing the first general merchandise stores on the square, and for donating land for a cemetery, school, and union church. The town, named for Alvarado, Mexico, soon boasted a post office, homes, businesses, and churches. A community school established about 1855 became The Alvarado Masonic Institute in 1875. Rail lines extended through Alvarado by the Missouri Pacific Railroad in 1881 and by the Chicago, Texas, and Mexican Central Railroad in 1880 spurred a local economic boom. By 1885 Alvarado had several churches, two schools, two gins, an opera house, a bank, a newspaper, and a population of about 2,000. The Masonic Institute became the Alvarado Normal Institute in 1899 and Alvarado High School in 1908-09. A large jail/town hall erected at this site in the mid-1880s was removed in the 1920s and replaced with a garden arrangement; a gazebo was added later. (1994)